Giving your customers another way to pay for purchases can make shopping easier and remove barriers to purchasing. It can also translate to increased sales for you.

BPD websites have the ability to offer interest-free Buy Now, Pay Later options to your customers, such as zipPay / zipMoney, Openpay and Afterpay.

Along the same lines as old fashioned Lay-by, the customer pays for their purchase in instalments over a period of time. The difference with Buy Now, Pay Later is that they get their goods now, rather than waiting until the purchase is paid off.

While they all operate on a similar principle, there are some differences between the three options.

Depending on your site's configuration, the user will see the total cost of the product, but also be presented with a Buy Now, Pay Later option with information about installments and a link to learn more. 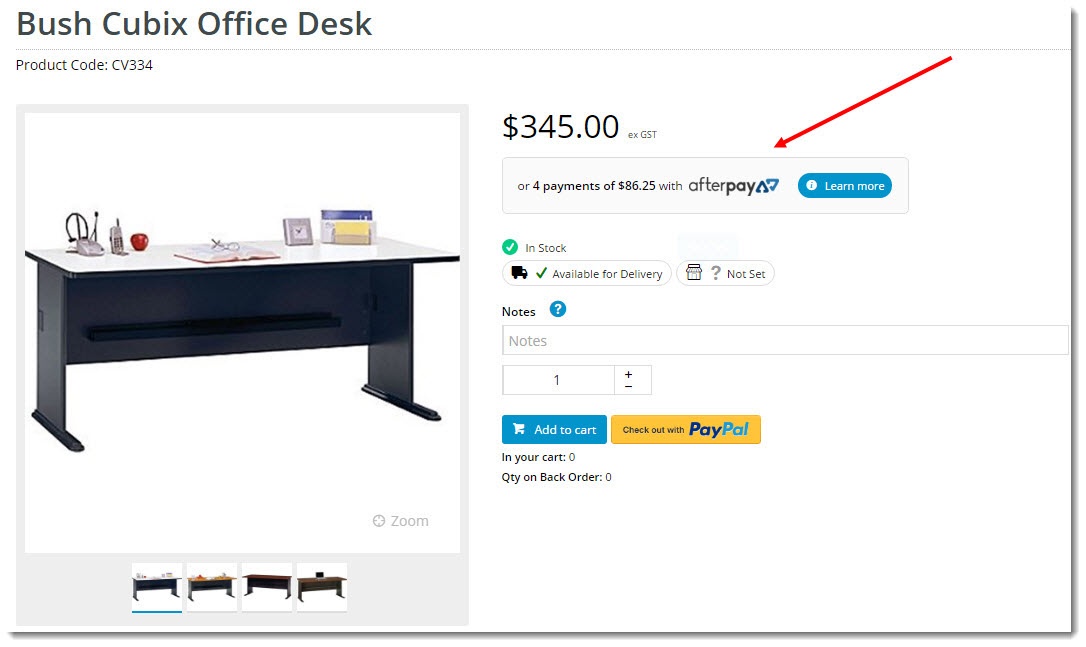